The image generator I built for Dish Latino was part of a large PR piece to show pride in the American-Latino community. Users were welcomed to participate by creating images that would make up a mosaic of the United States flag. On these images were the names of the cities the user was born in and the name of the city they were currently living. The photo and data was then pushed to the third party mosaic application. While the site could be reached through a desktop, it was built for mobile and almost every entry came from a mobile device.

I was personally on many calls with the creative team at DISH Latino as well as the API team at the mosaic company; sometimes at the same time. While it was not unusual for me to speak with clients directly, I worked especially close with the clients on this project.

At this screen users can: All of these selected options would update the preview in real time. 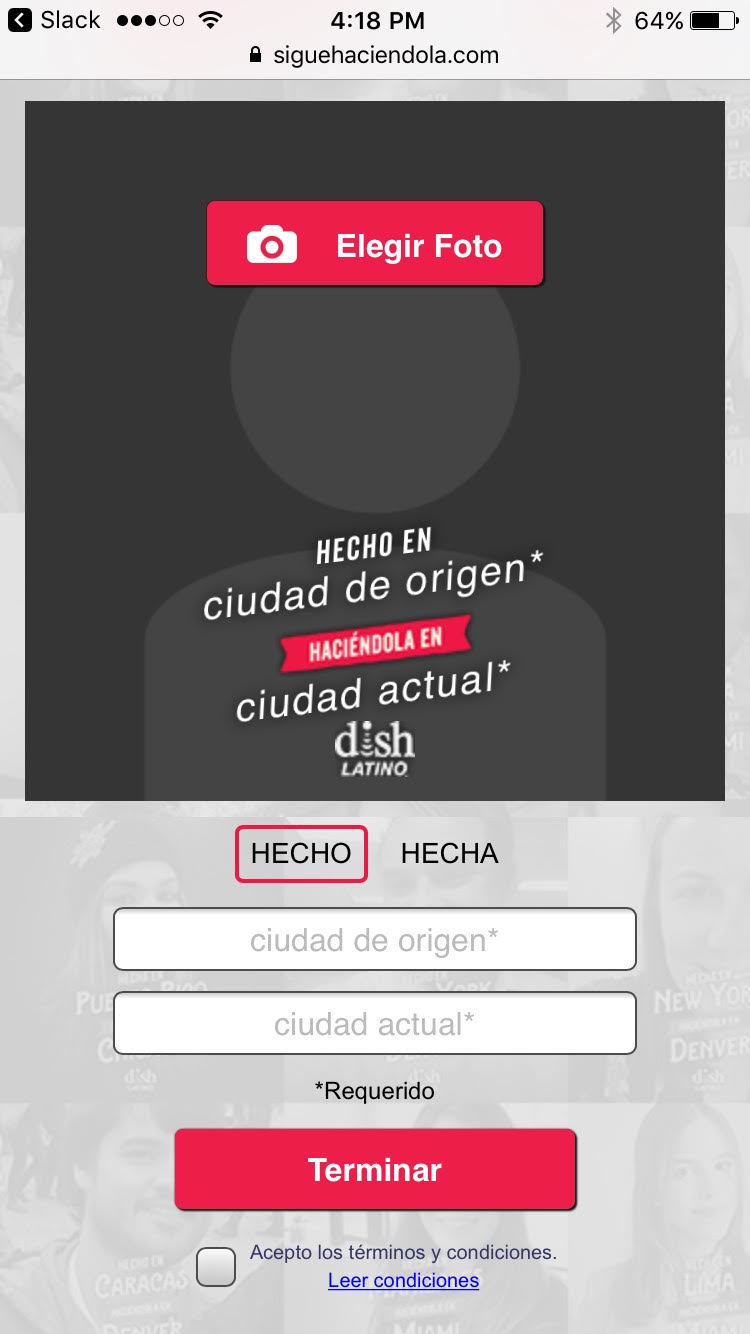 When a user uploaded an image they would see this edit-image overlay. Here users could rotate, pinch zoom, pan their image, or swap it out for another one. 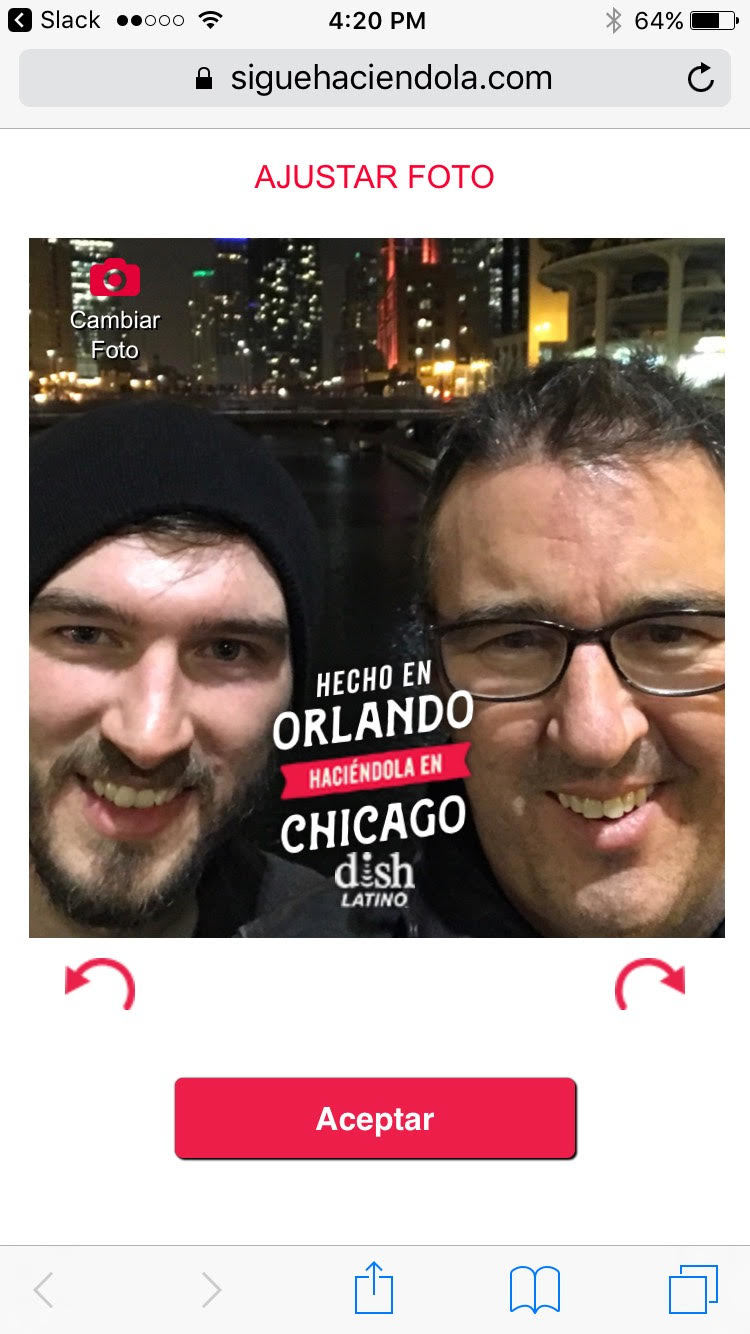 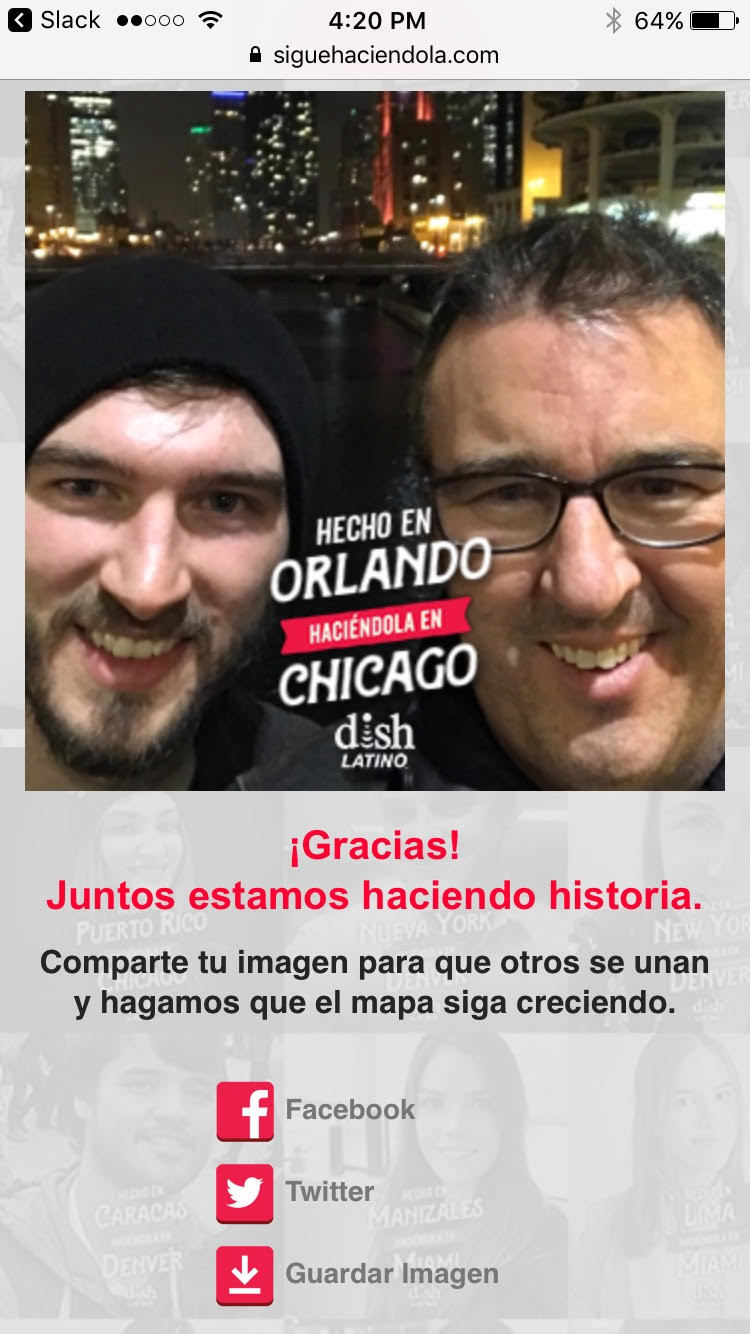 Each image created was uploaded to a third party company which handled real time responsive image mosaics. A couple days into the promotion and the mosaic filled out nicely. 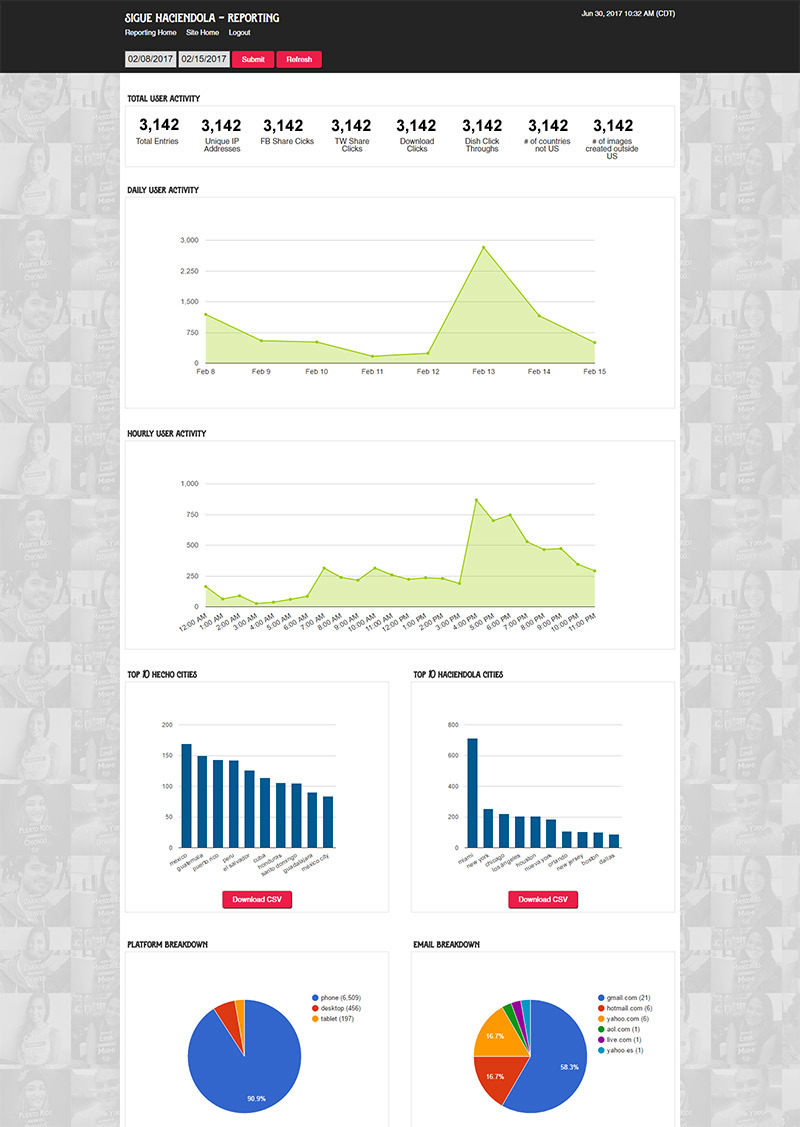 Almost every promotion had an extensive real time reporting tool. While some metrics were the same across promotions - total entries, entries per day, entries by state - there were always custom graphs that had to be created per promotion.

Some of the custom metrics recorded in this promotion were: